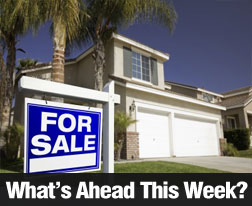 Minutes of the Federal Open Market Committee meeting held in September suggest that while Fed policy makers have reservations about low inflation and labor markets, they may go ahead and raise the target federal funds rate from its current range of 0.00 to 0.25 percent. When the fed does raise rates, consumers can expect to see higher mortgage rates as well as loan rates on products such as personal loans and credit cards. FOMC members also expressed concerns over lagging inflation below the FOMC benchmark of 2.00 percent.

September’s Core Consumer Price Index report showed a slight reduction as consumer prices fell by -0.20 percent which matched analyst’s expectations and was lower than August’s reading of -0.10 percent. The reduction in consumer prices was caused by falling fuel prices. The Core Consumer Price Index for September, which does not include readings for energy or food prices, rose by -0.20 percent which exceeded predictions of an 0.10 percent increase and August’s reading of +0.10 percent.

In other jobs-related news, job openings fell from July’s reading of 5.70 million to 5.40 million in August. The Labor Department also reported that the hiring rate and quit rates held steady at 3.60 percent and 1.90 percent.